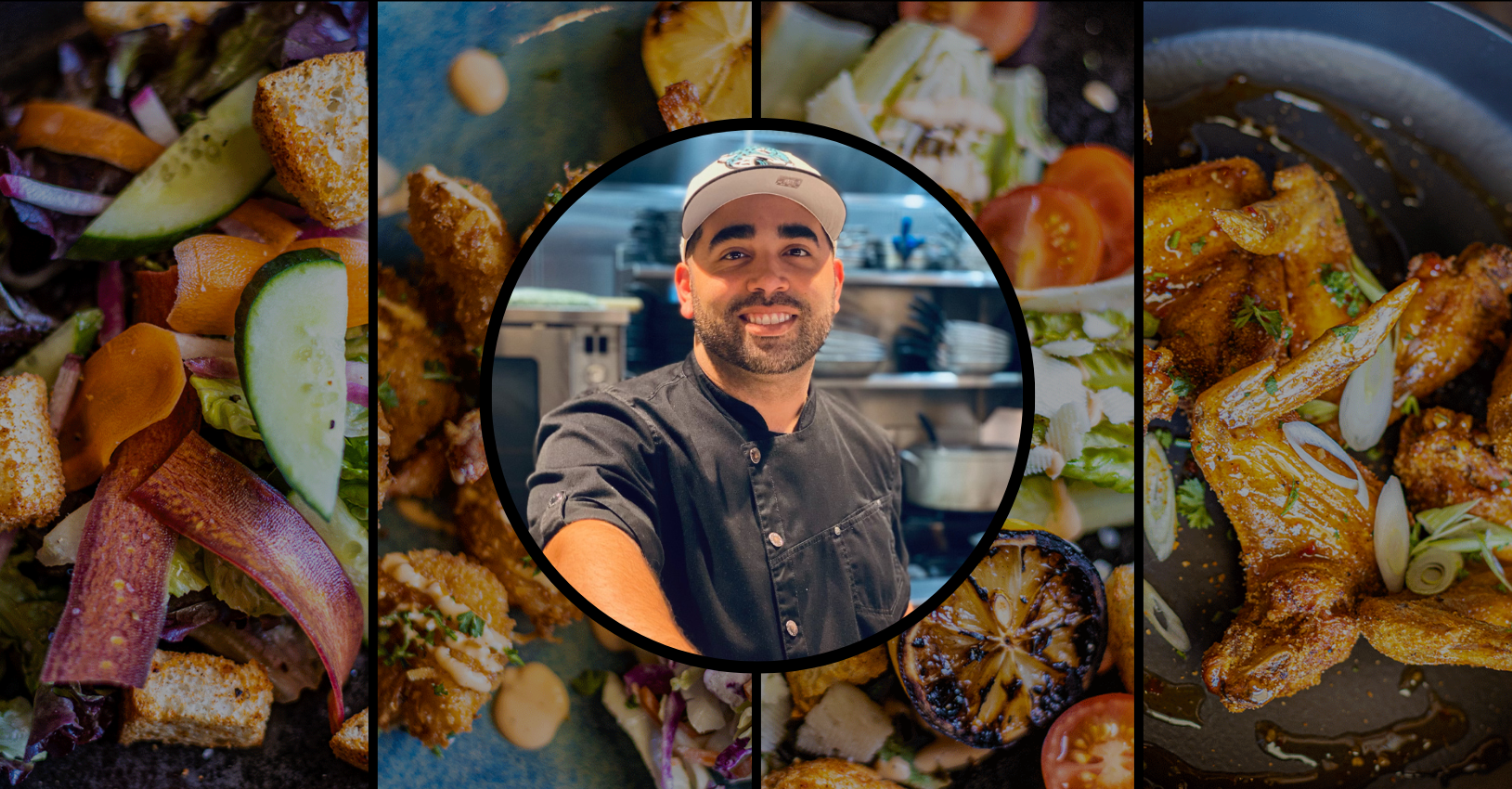 The chef behind the cuisine

The chef behind the cuisine

Original Story by The Ponte Vedra Recorder can be read here.

As a child, there were two jobs Michel R. Richardson especially loved when helping his mother in the kitchen: grating cheese and mixing up her meatloaf.

From such humble origins has come one of the top chefs on the First Coast — executive chef/chef de cuisine for the Castillo Craft Bar + Kitchen at the Renaissance St. Augustine hotel in the heart of the Nation’s Oldest City.

Growing up in Hemet, California, southeast of Los Angeles, Richardson’s first job in the food industry was working as a dishwasher at a retirement home at age 14. During his three years there, he worked his way up to server and then cook. And there were early indications of his ultimate career.

“As a high-schooler, I would come home and make these amazing sandwiches,” he said.

He then went into construction, and Northeast Florida might have been deprived of Richardson’s culinary talents had it not been for his sister Rachel, who suggested he look into Le Cordon Bleu College of Culinary Arts, which she had seen in a TV commercial.

So, at age 19, Richardson moved to Las Vegas to attend the school. The classes, which he completed in 15 months, taught the basics of cooking and arguably served a more important purpose.

“I really developed my passion and appreciation for cooking,” Richardson said.

While in Las Vegas, he worked at a few kitchens, including local favorite Nora’s Italian Cuisine.

He left Las Vegas and moved to San Diego, where he furthered his career as a line cook and ultimately a chef. 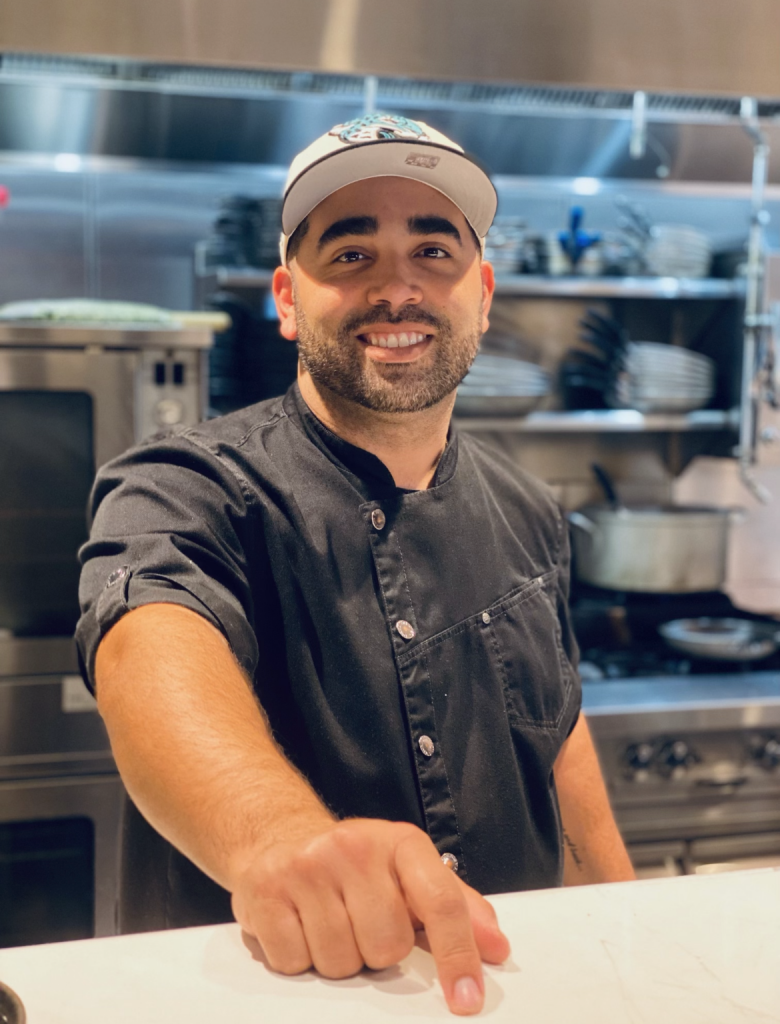 “The best school is right there in the kitchen,” he said. “Out of all my knowledge, about 10% was school, and the other 90% was just working in the kitchen, staying humble enough to take direction and learn from someone else.”

While at La Villa, he learned technique, plating, molecular gastronomy and working with liquid nitrogen. If the last two sound a bit like laboratory terms, know that these sciences have allowed those of us who appreciate excellent dining to try new and tasty dishes.

Richardson went on to become the sous chef for the Bluewater Boathouse Seafood Grill in Coronado, California, and then lead banquet chef for The Lodge at Torrey Pines, a AAA Five Diamond rated resort in La Jolla, California.

“There, I worked with the best chef in all of San Diego, Chef Jeff Jackson,” Richardson said. “He taught me how to walk with a purpose, always think ahead, elegance. A chef I will never forget.”

Richardson then moved to Northeast Florida, where he became the banquet chef for the Ponte Vedra Inn & Club. Eventually, he was placed in charge of the spa kitchen and menu.

He next played a role in the opening of M Brothers at Mayo, one of the restaurants of chefs Matthew and David Medure.

“It was an honor to cook side by side on the line with such high caliber chefs as the Medure brothers,” Richardson said.

Then, in April of this year, Renaissance St. Augustine called.

Richardson has two roles there. As executive chef, he is tasked with building a successful team and restaurant. He is in charge of food safety while keeping the restaurant efficient and profitable.

As chef de cuisine, he develops menus and recipes and trains his staff with a goal of putting out an exceptional menu and an unforgettable experience. He keeps everyone abreast of new menu items. It is also his responsibility to ensure health code practices remain an important part of the day-to-day operations. He said keeping a clean walk-in, dry storage and freezer is essential.

Among Richardson’s favorite dishes to make is handmade pasta.

“I get joy from making an amazing pasta sauce that goes with whatever pasta I roll out,” he said.

He also lists ribeye steak and salmon fillet among his favorite dishes.

“My wife enjoys my Crispy Salmon Caesar Salad with spiced croutons,” he said.

Northeast Florida is very different from the Southern California where Richardson grew up.

Asked what he enjoys most about living on the First Coast, he joked, “Well, it ain’t the rain.”

On a more serious note, he said he loves how green it is here, though it takes a bit of getting used to not seeing any mountain ranges around the area.

He also enjoys the wildlife.

“Seeing deer as I drive into our neighborhood is really cool,” he said.

And, of course, the beaches are, as he said, “beautiful.”

“Florida is full of beauty and a rich wildlife and ecosystem,” he said. “One thing I love feeling is the Southern hospitality. Coming from the West Coast, you hear about Southern hospitality, but you truly don’t grasp it until you have felt it and seen it for yourself — and it all starts with a glass of sweet tea!”

From a professional perspective, Richardson said the best part of his career is the people he meets and works with “where nationality, gender, politics go out the window. Everyone is there for a common goal: serving amazing food.”

He enjoys seeing a smile or other reaction from a customer who has just enjoyed food that he cared for and made himself.

He called that one of the best feelings.

When he’s not at work, Richardson enjoys spending time with his wife and best friend, Kristen.

“We love going to the movies, checking out different cuisines, hanging out with family,” he said. “Family is extremely important to me.”

Whenever possible, Richardson likes to get out into the woods, sometimes hunting with his father-in-law.

But the most important thing in his life is making time for his faith.

“Without that, I wouldn’t be able to make it,” he said.

Listing these, his favorite ways to spend his leisure time, he suddenly remembered one of the biggies.